Rachel Karu went from being an imprisoned perfectionist to an empowered coach, speaker, and performer. She can do this for you too!

Rachel’s first passion was to self-express through song. She followed that passion by graduating high school a semester early and becoming the youngest student to attend the renowned American Academy of Dramatic Arts.

Rachel’s dream ended abruptly when she was rejected to the Academy’s second year program. Rachel was a full-fledged perfectionist at that time and assumed that she had failed and possessed no talent. At that point Rachel took the world more frequently traveled and:

From the outside it appeared that Rachel was “living the dream” and was a great success by most standard definitions. Yet, something was missing for Rachel. Rachel had completely disconnected from performing and she was miserable. She would attend concerts and musical theater crying as she imagined herself on stage. She was the Human Resources Manager of EMI Music Distribution representing 10 record labels, yet nobody had a clue that she sang. Rachel’s dream to perform was buried alive at the tender age of 18.

Rachel’s perfectionism paralyzed her from pursuing her passion for singing for over 20 years until a car accident changed everything.

This series of events led Rachel back into performing, publishing her autobiographical self-help book – Stepping Into More – Lessons from a Recovering Perfectionist, and producing her CD of songs –  Stepping Into More.

Rachel was finally ready to Step into More and is now a self-proclaimed “Recovering Perfectionist.”

Rachel Karu’s purpose and passion for inspiring reflection and results led her to create Stepping into More – A personal development company dedicated to supporting clients with their quest to unleash their Purpose and Passion in order to lead a Fulfilling and Empowered Life!

Rachel primarily works with successful people who supposedly have it all and yet are feeling empty and burnt out. This is usually because they have spent many years supporting others either as a professional, spouse, parent, and /or child and have lost connection with their purpose and passion.

Described by her clients as “a gifted coach, speaker, and facilitator who is both intuitive and pragmatic,” Rachel energizes her clients and creates an affirming environment for personal transformation.

She earned her Coaching Credential through the International Coaching Federation and is a Certified Strengths Coach with the Marcus Buckingham Company.

Rachel is a Past President for the International Coaching Federation, Los Angeles and currently serves as Executive Advisor on the Board of Directors. Rachel serves as the Co-Leader for the virtual community – International Coaching Federation Coaching and Human Capital Community of Practice. Rachel served as the manager for the Association for Talent Development’s Westside Breakfast for over 10 years.

Rachel is happily married and has two amazing children who continue to be her best teachers on a daily basis. 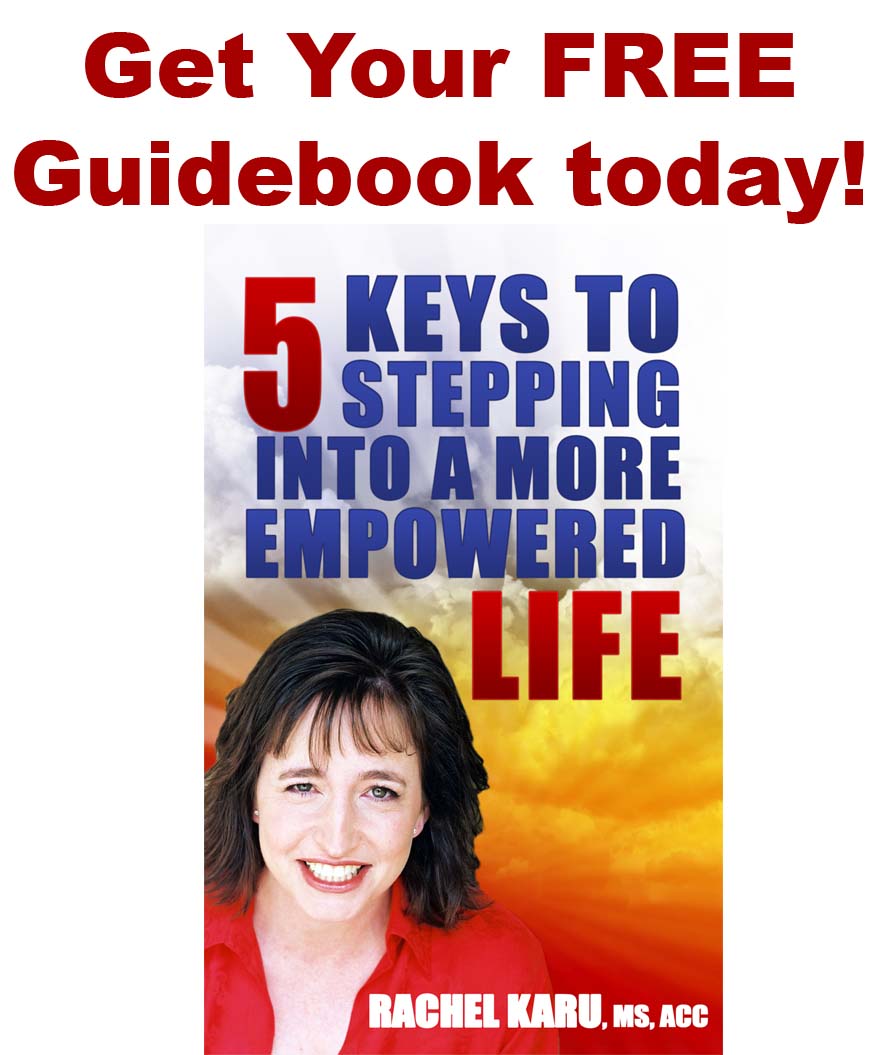 Let's Stay Connected!
Sign up today for free and be the first to get notified on new updates.
Your information will *never* be shared or sold to a 3rd party.